You are here: Home / About AFUO-CYOA / Executive Members / Ukrainian Education Council of Australia 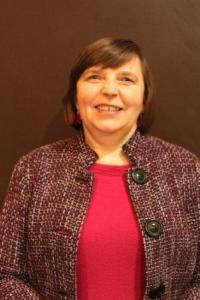 My name is Orysia Stefyn and, since January 2000, I chair the Ukrainian Education Council of Australia and serve in AFUO (education portfolio and one term as II Deputy chair). I am passionate about Ukrainian education: the promotion, sharing and teaching of Ukrainian language, history, literature and culture in Ukrainian schools of Australia and in the general community.

I am VCE co-ordinator for LOTE: Ukrainian in Victoria. I also chair the Ukrainian School Council of Victoria and the Ukrainian Catholic Parish Council at Noble Park. I am involved in Ethnic Schools Association of Victoria and have represented Ukrainian schools as well as ESAV and Community Languages Australia at conferences, seminars, negotiations with Government officials, ministers, VCAA and the Education Department.

I have been involved in community life in many spheres: former member and leader of Plast Ukrainian Youth organization, Dyvotsvit Drama Group, secretary and currently Executive member of the Noble Park Branch of the Association of Ukrainians in Victoria, member of the Ukrainian Women’s Association.

I have been involved in organizing numerous social events, conferences, concerts, dances, exhibitions and displays of Ukrainian culture and history of settlement in Australia. I have written articles and educational resource materials and produced a Ukrainian children’s songs CD and accompanying book.

I enjoy meeting new people from all generations and different walks of life. I especially enjoy getting to know newly-arrived migrants and welcoming them to our community.

I like spending time with my family, especially my wonderful and supportive husband, three children and my mother. I also enjoy reading, films, theatre and travel, and I especially like decorating Ukrainian Easter eggs – pysanky – when I get the time!