You are here: Home / Archives for CYOA

Condolences from the Ukrainian Catholic Church to the Family and Friends of the Victims of Flight MH17 The incredible has happened to Australian citizens and so many of other countries, including the Netherlands, Malaysia, Indonesia, the United Kingdom, Germany, Belgium, Philippines, New Zealand, Canada, and the United States of America. The terrorist attack on the … END_OF_DOCUMENT_TOKEN_TO_BE_REPLACED 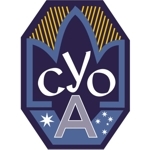 MEDIA RELEASE AFUO STATEMENT ON COMMUNITY RELATIONS The shooting down of MH17 should not be used to vilify any ethnic community and should rather serve to unite Australians around our multicultural values, the Australian Federation of Ukrainian Organisations (AFUO) said today. Mr Pete Shmigel, AFUO Public Affairs Director, made the following comments after monitoring … END_OF_DOCUMENT_TOKEN_TO_BE_REPLACED

AN UPDATE FROM THE AUSTRALIAN FEDERATION OF UKRAINIAN ORGANISATIONS ON THE CURRENT SITUATION IN UKRAINE Call to ACTION The Australian Federation  of Ukrainian Organisations (AFUO) has been actively involved in  setting and supporting humanitarian   aid for Ukrainian Armed Forces and Volunteers in the form of battle first aid training,  first aid packs and other equipment . In … END_OF_DOCUMENT_TOKEN_TO_BE_REPLACED