The Australian Federation of Ukrainian Organisations  (AFUO) calls on members of the Ukrainian community and the broader Australian community to strongly protest the Westpac advertisement in today’s Melbourne Herald Sun & Sydney Daily Telegraph promoting their  Westpac Fraud Money Back Guarantee Policy and putting the focus on UKRAINE.

Issues of fraud and  misuse of credit cards is an international phenomenon. There is no need to isolate Ukraine.

If it was intended as a marketing ploy – it is in bad taste and derogatory.

The AFUO calls on Westpac to apologise and undertake this advertisement will be removed from any further campaign. 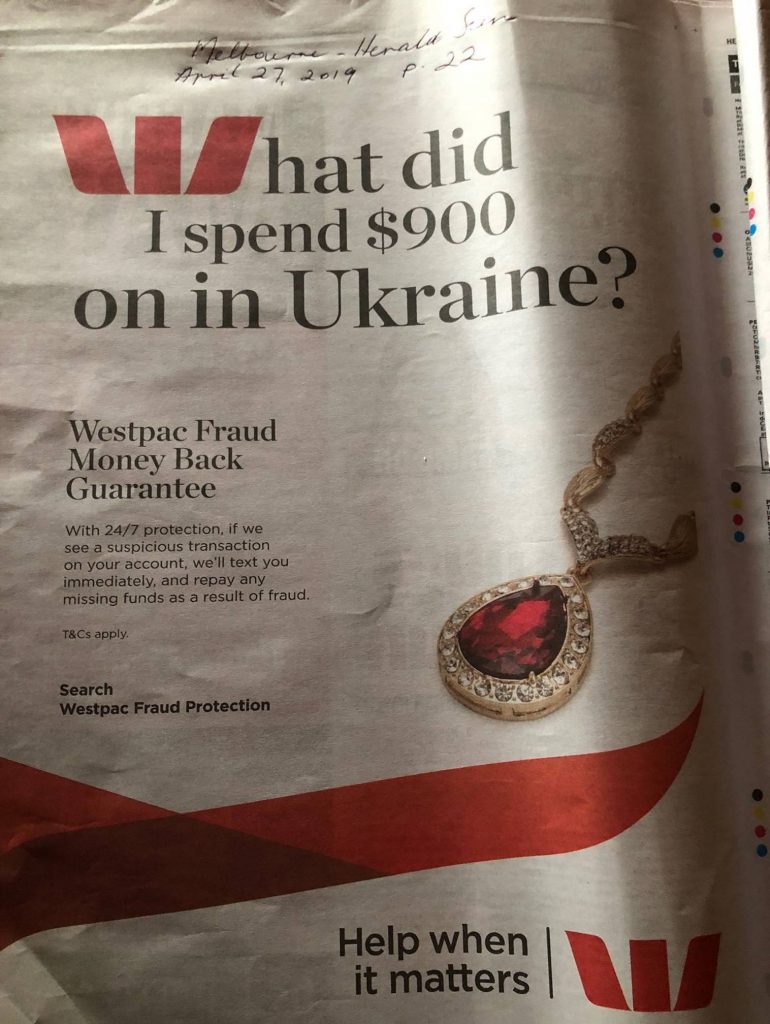