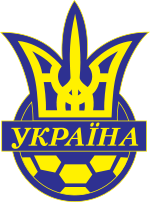 NICOSIA, Cyprus (AP) — Ukraine beat Sweden in a penalty shootout after a 1-1 draw to win a friendly tournament in Cyprus on Wednesday, while Romania defeated the Cypriot hosts also on penalties to take third place.

The four-nation event was used by the teams as preparation for next month’s Euro 2012 qualifying matches.

Sweden grabbed the early lead in the 7th minute when Zlatan Ibrahimovic chested a high pass into the path of Johan Elmander, who half-volleyed the ball from the edge of the box into the top corner of the net.

Marco Devic equalized for Ukraine in the 20th from the penalty spot after Sweden goalkeeper Andreas Isaksson brought the Ukrainian forward down inside the box.

Sweden had more of the chances and could have retaken the lead in the 31st, but Ukraine goalkeeper Oleksandr Shovkovskiy made diving saves from Kim Kallstrom‘s low shot from 25 yards out and Ibrahimovic’s close-range effort from the rebound.

Andreas Granqvist also came close in the 55th when he connected with a corner kick, but his header sailed over the crossbar.

However, Sweden was unable to make its dominance count and the match went to penalties, with Ukraine winning 5-4 after Emir Bajrami‘s shot struck the post and bounced out.

In Paralimni, Romania beat Cyprus 5-4 on penalties after the match had also finished in a 1-1 tie.

Gabriel Torje opened the scoring in the 55th when he lobbed the ball over the Cyprus goalkeeper from 10 meters (yards).

Cyprus striker Michael Constantinou equalized in the 84th when he slotted the ball past Romania ‘keeper Ciprian Tatarusanu after pouncing on a defender’s errant back pass.

Romania then won the shootout thanks to Tatasanu’s save from Andreas Avraam‘s penalty.