You are here: Home / Archives for CYOA Administrator Against the background of a brutal and illegal war in their homeland, Australian-Ukrainians feel uplifted today by the stunning, emotional victory of the Ukrainian band Kalush Orchestra in this year’s Eurovision Song Contest with the song “Stephania”, dedicated to the mothers of Ukraine.  “In front of hundreds of millions of viewers from around the world, Kalush Orchestra’s … END_OF_DOCUMENT_TOKEN_TO_BE_REPLACED 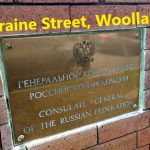 Supported by the Australian Federation of Ukrainian Organisations (AFUO), the Ukrainian Council of NSW (UCNSW) and the Ukrainian Embassy of Australia, Woollahra Council has voted to commence the process to change the name of the street on which the Russian Consulate is located in Sydney to Ukraine Street, Woollahra.  Close to 300 supporters of Ukraine directly contacted … END_OF_DOCUMENT_TOKEN_TO_BE_REPLACED 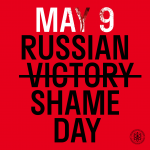 As Russia prepares on Monday 9 May, in an obscene show of strength and military pomp, to celebrate its victory over Nazi Germany in 1945, Ukrainians world-wide are uniting to declare 9 May #RussianShame Day. A global social media campaign, organised by the Ukrainian World Congress (UWC) representing over 20 million Ukrainians, and supported by the AFUO, will urge supporters … END_OF_DOCUMENT_TOKEN_TO_BE_REPLACED 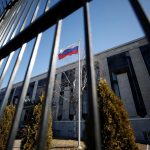 As Ukraine and Ukrainians around the world seek moments of peace and reflection during their eastern-rite Easter celebrations this weekend, concern is growing Russia is planning to mount a false-flag incident in Ukraine using chemical, biological or nuclear weapons of mass destruction (WMD). The Russian Ambassador in Canada has released a statement proposing that … END_OF_DOCUMENT_TOKEN_TO_BE_REPLACED