You are here: Home / Archives for Community 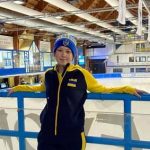 The Australian Federation of Ukrainian Organisations (AFUO) wishes displaced Ukrainian junior speed skater Oleksandra Cherkasova the best of luck as she competes in the 2023 European Youth Winter Olympics, being held between 21 and 28 January 2023 in Italy. To help Oleksandra achieve her dreams, and provide a chance to shine on the global stage and proudly represent … END_OF_DOCUMENT_TOKEN_TO_BE_REPLACED 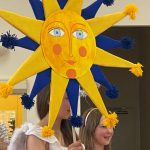 Around Australia, Ukrainian-Australians, displaced Ukrainians and supporters of Ukraine gathered together to celebrate Malanka - Ukrainian New Year - on January 13 and 14. Following a difficult year, it was important for the community to be together, encourage positivity and resilience, and be heartened by the beauty and timelessness of Ukrainian traditions and … END_OF_DOCUMENT_TOKEN_TO_BE_REPLACED 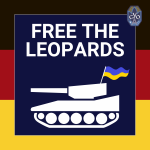 The Australian Federation of Ukrainian Organisations (AFUO) has joined global calls for Germany to stop hesitating about sending Leopard tanks, or allowing other countries to do so, and provide them to Ukraine now to stop Russian aggression, end the suffering of the Ukrainian people and restore peace and the international rule of law. Mr Stefan Romaniw OAM, AFUO … END_OF_DOCUMENT_TOKEN_TO_BE_REPLACED 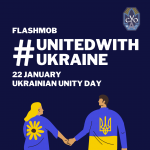 On 22 January, Ukrainians around the world will celebrate Unity Day , the day on which in 1919 the nation first declared itself a free and united people. Join the #UnitedwithUkraine social media flashmob - wear blue and yellow, hold a sign, join hands, take a photo - and post on social media on Unity Day! The Declaration of Unity was signed in 1919 at a jubilant and … END_OF_DOCUMENT_TOKEN_TO_BE_REPLACED 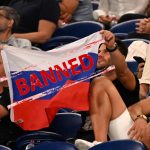 The Australian Federation of Ukrainian Organisations (AFUO) has followed up its call to ban the Russian flag at the Australian Open by asking Tennis Australia (TA) to ensure pro-Russian symbols such as the neo-nazi ‘Z” and pro-Putin t-shirts don’t make their way courtside, provide additional support to Ukrainian players and reconsider its policy of welcoming athletes from … END_OF_DOCUMENT_TOKEN_TO_BE_REPLACED