You are here: Home / Archives for Politics

December 20, 2017 MEDIA RELEASE AUSTRALIA SUPPORTS UKRAINE AT UNITED NATIONS ON CONDEMNING RUSSIA’S VIOLATION OF HUMAN RIGHTS IN CRIMEA On December 19, 2017 the United Nations (UN) General Assembly endorsed the updated resolution "The Situation of Human Rights in the Autonomous Republic of Crimea and the City of Sevastopol (Ukraine). The resolution was moved by Ukraine … END_OF_DOCUMENT_TOKEN_TO_BE_REPLACED 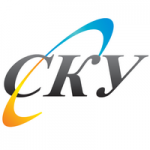 20 November 2017 Ukrainian World Congress statement on the 84th anniversary of the Holodomor of 1932-33 On Saturday, 25 November 2017, the international community will unite with Ukrainians worldwide in remembrance of the victims of the 1932-33 Holodomor, the famine-genocide that left a nation scarred but not defeated in its determination to live in dignity and freedom. As we … END_OF_DOCUMENT_TOKEN_TO_BE_REPLACED

October 4, 2017 MEDIA RELEASE PRESIDENT OF AUSTRALIAN SENATE MEETS PRESIDENT OF UKRAINE PRIME MINISTER, SPEAKER OF THE VERCHOVNA RADA AND HIGH-RANKING OFFICIALS IN KYIV Australian-Ukrainian relations continue to strengthen with official meetings this week on Monday October 2, 2017 in Kyiv between The President of Australian Senate Senator Stephen Parry and The President … END_OF_DOCUMENT_TOKEN_TO_BE_REPLACED