The Australian Federation of Ukrainian Organisations (AFUO) wishes displaced Ukrainian junior speed skater Oleksandra Cherkasova the best of luck as she competes in the 2023 European Youth Winter Olympics, being held between 21 and 28 January 2023 in Italy. 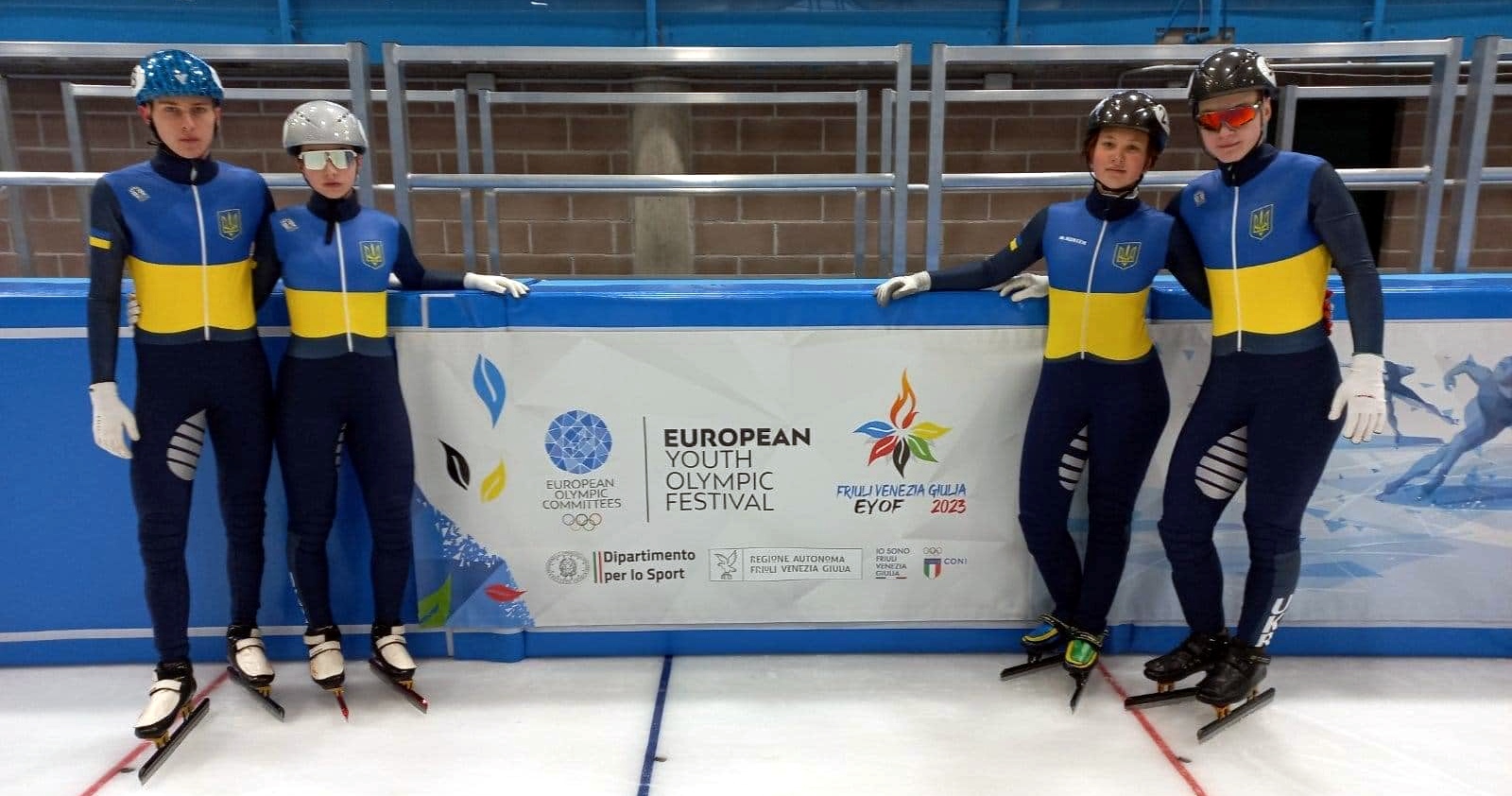 To help Oleksandra achieve her dreams, and provide a chance to shine on the global stage and proudly represent Ukraine, the AFUO covered the cost of her return airfare from Australia to Italy.

Oleksandra, 15, and her sister Yevheniia, 25, arrived in Melbourne in April 2022, leaving their parents and family in ravaged Kharkiv. The sisters describe russian tanks encircling their city, and their parent’s desperate drive to take them to the railway station, braving bombs and snipers, to help them escape.

The sisters have settled into the Ukrainian and Australian community as best as possible – they have joined CYM Melbourne, the dance group Verchovyna, and attended the CYM National Camp at Hoverlya, Colo River, Sydney over the New Year.

Both young ladies’ journeys are an inspiration to all! They offer hope to the entire community and provide a fine example for Ukrainian young people that dreams and goals are achievable, even in the most challenging circumstances, half a world away.