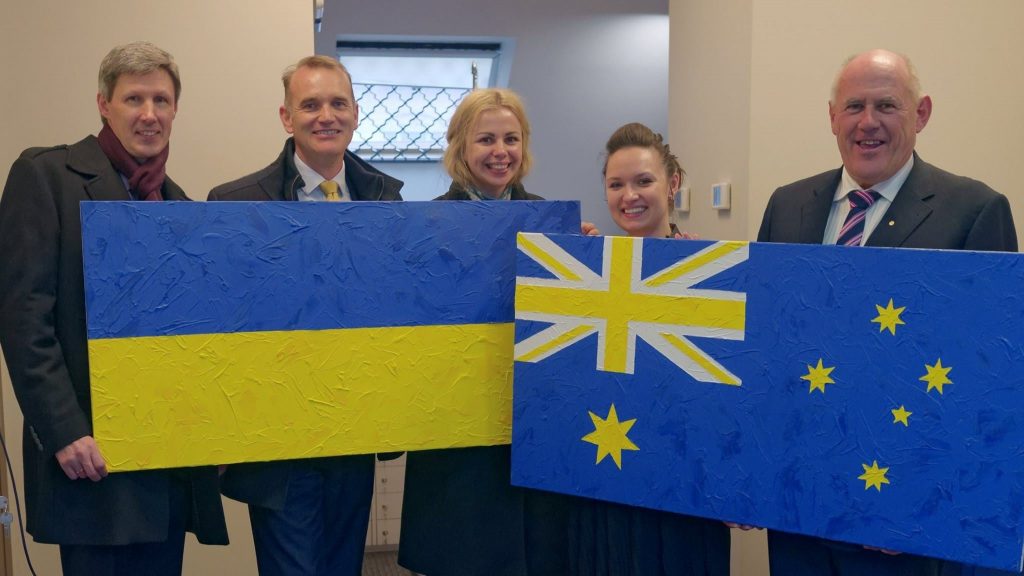 Foreign Minister, Marise Payne announced the appointment of Mr Bruce Edwards as Australia’s next Ambassador to Ukraine. Mr Edwards will also be accredited to Moldova.

Mr Edwards is a career officer with the Department of Foreign Affairs and Trade. He has previously served overseas as Deputy Head of Mission in Port of Spain and Beirut, as well as postings in Kyiv and Kabul.
Mr Edwards holds a Master of Journalism from the University of Queensland; a Master of Arts and a Bachelor of Arts from University of Melbourne; a Graduate Diploma (Hons) in Antarctic and Southern Ocean Studies from the University of Tasmania; and a Graduate Certificate of Humanitarian Leadership from Deakin University.

Mr Edwards also has a good working knowledge of Ukraine thanks to his service as Chargé d’Affaires in recent years.

The AFUO welcomes the new Ambassador and wishes him well. In a recent phone conversation with AFUO Co-Chair Stefan Romaniw discussed ongoing relations and continued cooperation.