At a rally outside the United Nations office in Canberra on Thursday 7 April, the Australian-Ukrainian community joined international calls for Russia to be expelled from the United Nations, following revelations of looting, pillage, rape, torture and massacres of unarmed civilians during the Russian withdrawal from the towns and cities around Kyiv.

A letter prepared by the Australian Federation of Ukrainian Organisations (AFUO), was delivered by protest organiser, Mr Anton Bogdanovych, to the United Nations office in Canberra.

‘The AFOU calls on the UN General Assembly to immediately expel Russia as a member of the United Nations based on multiple evidenced war crimes and genocide in Ukraine,’ said Ms Kateryna Argyrou and Mr Stefan Romaniw, Co-Chairs of the AFUO.

‘Russia has breached U.N. membership criteria. It is no longer ‘a peace-loving state’, as required by the Charter of the United Nations. Multiple atrocities in Ukraine are also evidenced by Russia’s breach of Article 6 of the U.N. Charter – persistent violation of the principles of the United Nations Charter,’ said Ms Argyrou and Mr Romaniw.

Other commentators, such as MP Dave Sharma, Chair of the Joint Standing Committee on Treaties,  have also questioned how it can be tolerated that a country which has violated Article 2 of the U.N. Charter – which prohibits the use of force against the territorial integrity and sovereign independence of any state –  can be entrusted with safeguarding and enforcing the U.N. Charter.

Mr Sharma further considers Russia’s right to a permanent seat should be contested by the international community, as Article 23 of the U.N. Charter states that the Union of Soviet Socialist Republics (USSR), not Russia, is entitled to a permanent seat. The USSR ceased to exist on 21 December 1991. In international law, there can be no successor state to one which ceased to exist.

‘In 1945, the United Nations was established to prevent another world war like the one from which it had just emerged. However, leadership by the United Nations is meaningless without an act of strength and leadership countering the atrocities in Bucha, Irpin, Hostomel and Borodyanets,’ said Ms Argyrou and Mr Romaniw. 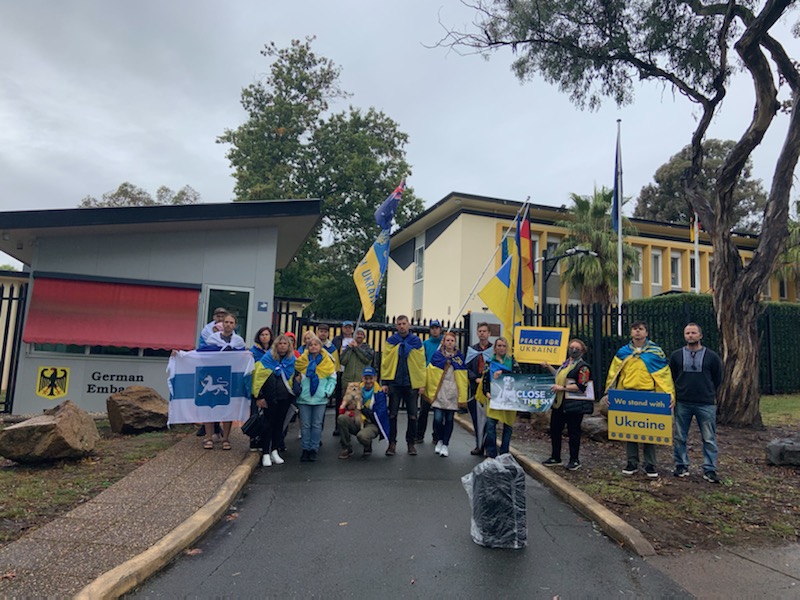