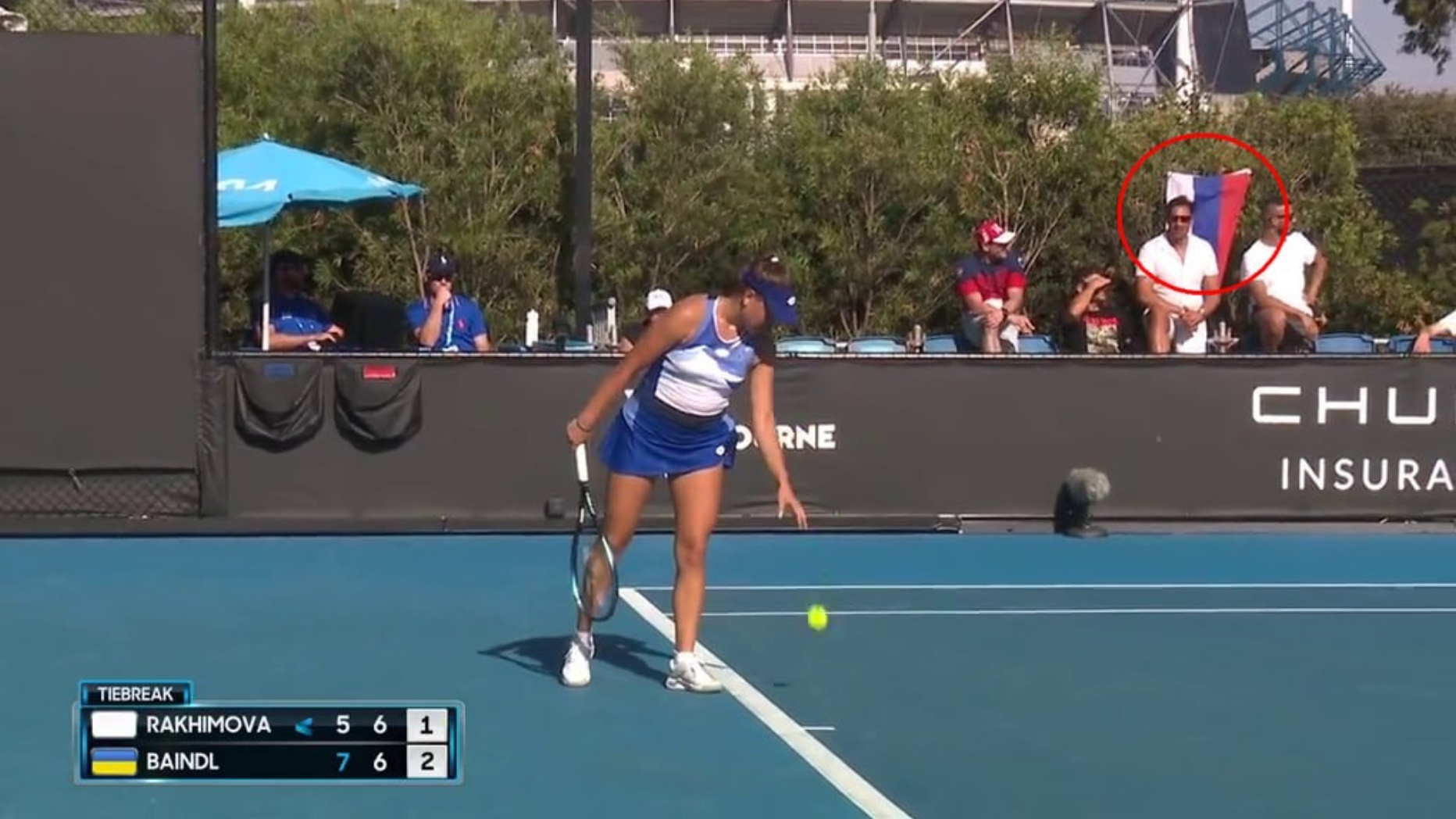 The prominent display of a Russian flag amongst the spectators of a tennis match between Ukrainian Kateryna Baindl and Russian Kamilla Rakhimova yesterday at the Australian Open has made a mockery of conditions set by Tennis Australia (TA) for the participation of Russian tennis players.

Mr Stefan Romaniw OAM, Co-Chair of the Australian Federation of Ukrainian Organisations (AFUO) said today “TA has clearly said that Russian tennis players cannot represent the flag of Russia. They have to play as ‘independent players’ under a neutral name.

“How does this make sense? Why can a Russian flag be allowed on the courts?

“We will be writing to TA to ask why the compromises made to allow Russian tennis players aren’t being enforced,” he said.

“Around the world, international sporting events such as Formula One, FIFA, the Olympics and Wimbledon have condemned Russia’s brutal invasion of Ukraine, by introducing sanctions against athletes.

“We were extremely disappointed that TA chose to ignore these principled actions by sporting bodies. Besides sending a strong signal to Putin that his war is condemned, these types of sanctions prevent Russia from trying to use athletes to project Russian power and prestige.

“How can TA think it is just ‘business as usual’? They’ve let Russian tennis players into the competition, and now spectators can wave Russian flags during a match between a Ukrainian and a Russian,’ he said.

“Whilst Russian missiles fly, Ukrainian sportspeople fight on the front lines. In April 2022, the Ukrainian Tennis Federation’s tennis centre outside of Irpin was razed to the ground by the Russian military. Ukrainian tennis players can’t visit their country to live, train or visit family. Millions of civilians have been targeted by rocket attacks. Thousands have died, and millions have been forced to flee their homes. Over 60,000 war crimes committed by the Russian army have been registered with Ukrainian authorities.

“These are not normal times,” he added.