The Administrative Court in Kyiv issued a ruling endeavouring to ban Ukraine’s acting health minister Dr. Ulana Suprun from performing her Ministerial functions.
This is an outrageous and politically motivated act – against an individual who has done nothing but positive actions for Ukraine’s reforms in Health care.
See our letter to Ambassador Melissa O’Rourke below.

You can show your support on social media for Dr Ulana Suprun by using the hashtag #SupportSuprun and sharing posts like:

This ruling is an outrage! I support Dr Ulana and her work for a positive future in Ukraine. #supportsuprun.
You can also share our Facebook posts from our page. 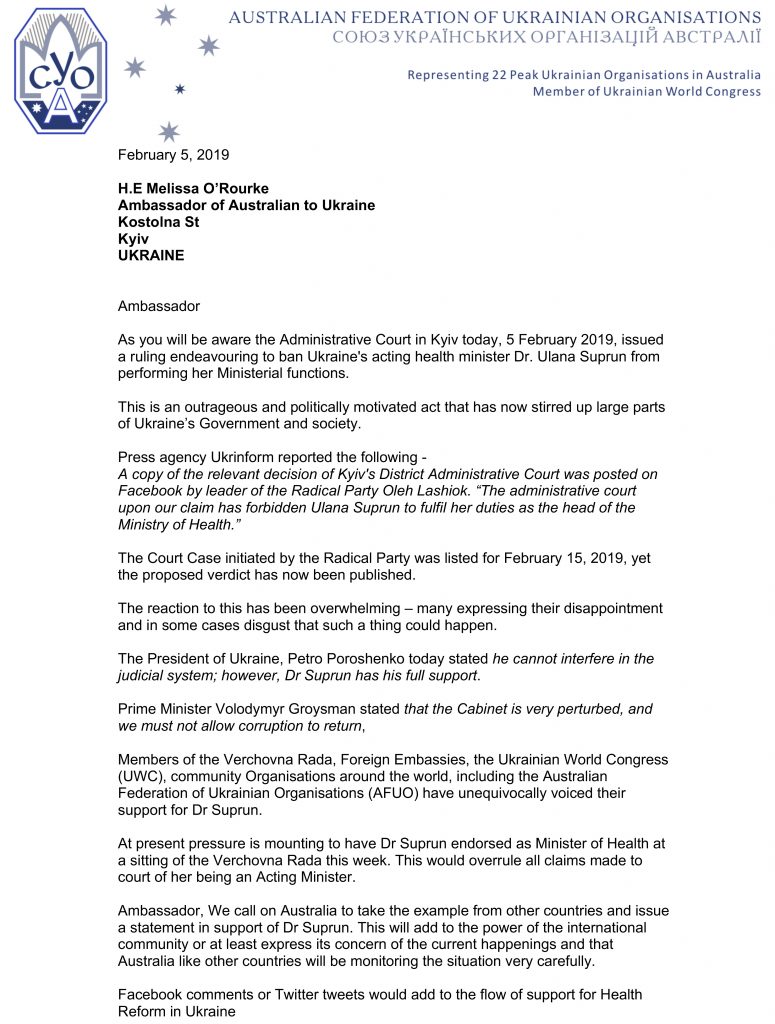 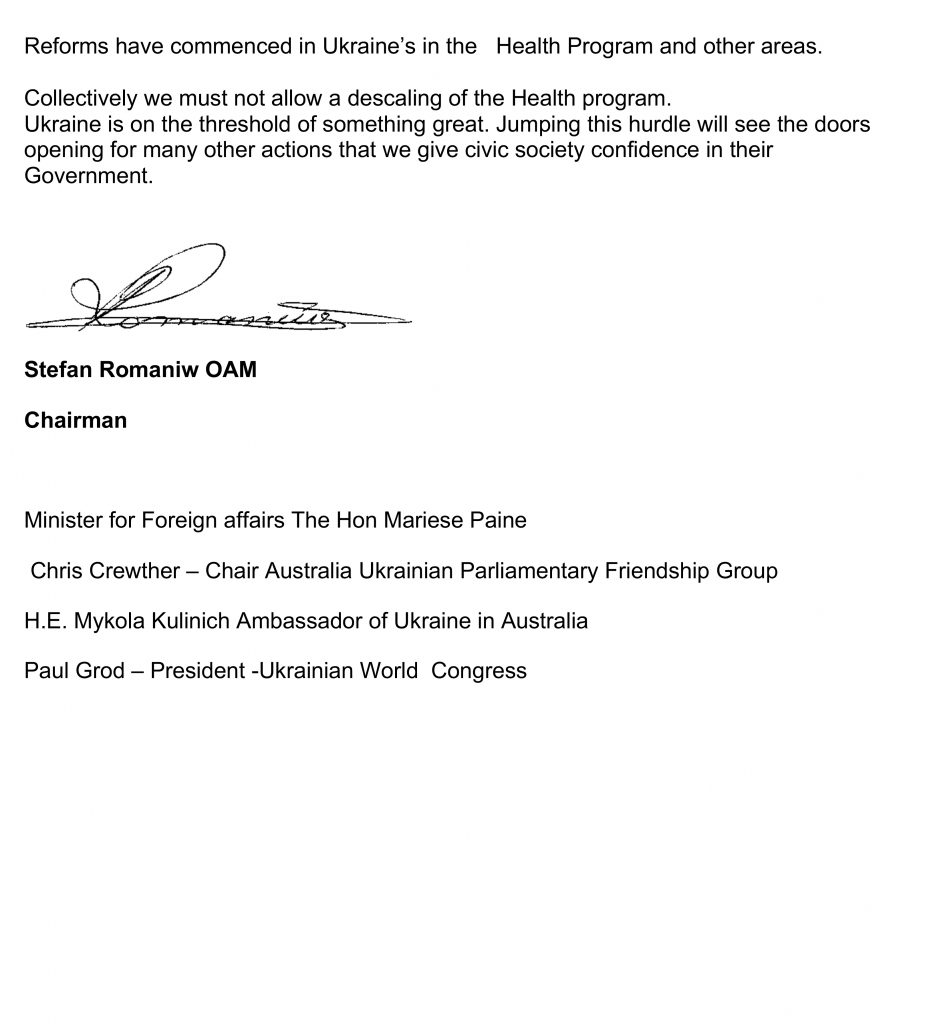