MEDIA RELEASE
The newly elected leadership of the Australia-Ukraine Chamber of Commerce (AUCC) has commenced its work in raising awareness about the AUCC, exploring opportunities for business links and networks, and encouraging new membership.
The Executive will commence developing its strategic plan. There is a sense of excitement as the Chamber takes on these new challenges.
The AUCC has commenced discussions with the Embassy of Ukraine in Canberra and the Department of Foreign Affairs and Trade.
During his recent visit to Melbourne, the Ambassador of Ukraine to Australia H.E. Mykola Kulinich met with the President of the AUCC Mr. Eugène Hawryszko to discuss ongoing relationships and partnerships. 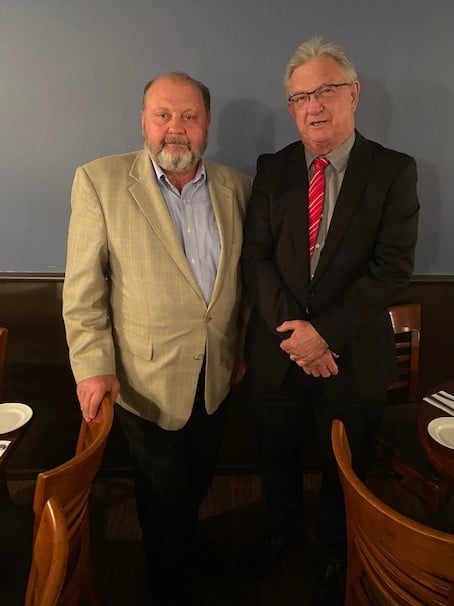 The fruitful discussion concluded by declaring that the AUCC will endeavour to have a more active organisation that will lead to stronger outcomes regarding import and export from and to Ukraine.
“The Ambassador was very appreciative of the ideas which came from the discussion and high-level approach as well as the enthusiasm to build a membership of experienced businesspeople in Australia.” Mr Hawryszko said.
In the overall strategic plan negotiated between the Embassy of Ukraine and the Australian Federation of Ukrainian Organisations (AFUO), two entities will now drive the trade and investment opportunities with Ukraine – the AUCC will be responsible for small to medium opportunities which will complement the Australia-Ukraine Business Council (AUBC) chaired by Mr Jason Yeap which will look at large scale investment. A joint meeting between both entities is planned shortly.
“I am impressed with the enthusiasm and willingness to build bridges and wish the AUCC every success. During our discussions, I reinforced the message that the Embassy of Ukraine is ready to fully cooperate to attain our common goals!” Mr Kulinich said.
“Ukraine is not an easy country to deal with in certain areas, but in others it is not as difficult. I have tried with food products and it will take some time to attain the levels we require in Australia.” Mr Hawryszko said.
“I encourage our businesspeople to join the AUCC – together we can make this work.” Mr Hawryszko said.
Further information: Contact Eugene Hawryszko 0412 475 470