This weekend in Canberra, 70th Anniversary celebrations are in progress, honouring 70 years of Ukrainian Settlement, and 70 years of the Ukrainian Autocephalic Orthodox Church in Australia. 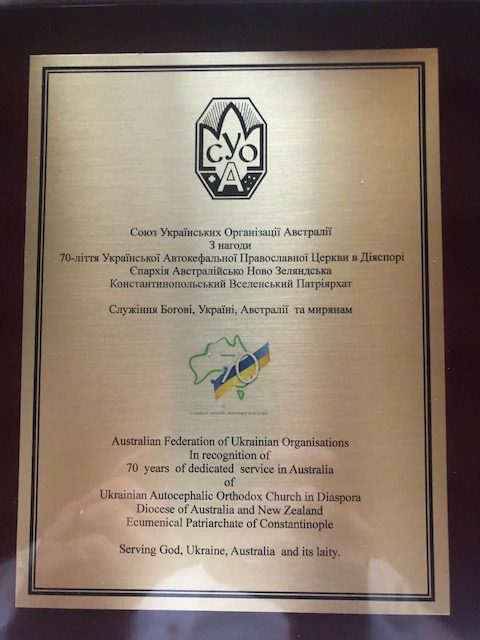 AFUO gifted a plaque to honour the occasion

Beginning the proceedings, a service was held today  St. John the Baptist Anglican Church – where exactly 70 years ago, Ukrainian Orthodox Christians served the very first Divine Liturgy in Australia. Leaders from all Ukrainian clergies in Australia were present. AFUO Chairman and General Secretary of the Ukrainian World Congress, Stefan Romaniw  as well as the Ambassador of Ukraine to Australia were also present.

Following this, a service was held to honour the fallen ANZAC’s especially Ukrainians who fought for Australia.  Those who have died or continue to fight Russian aggression through war in Eastern Ukraine were also remembered and honoured. Both Ukrainian and Australian flags were flying at half mast, with prayers led by clergy, and participation of current Australian service peoples. 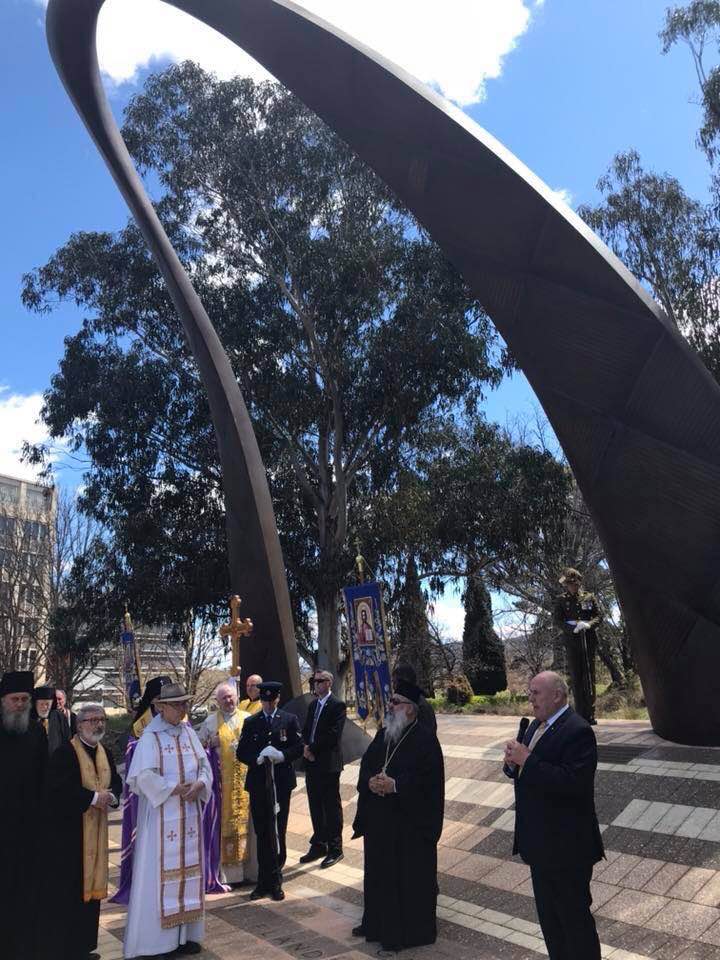 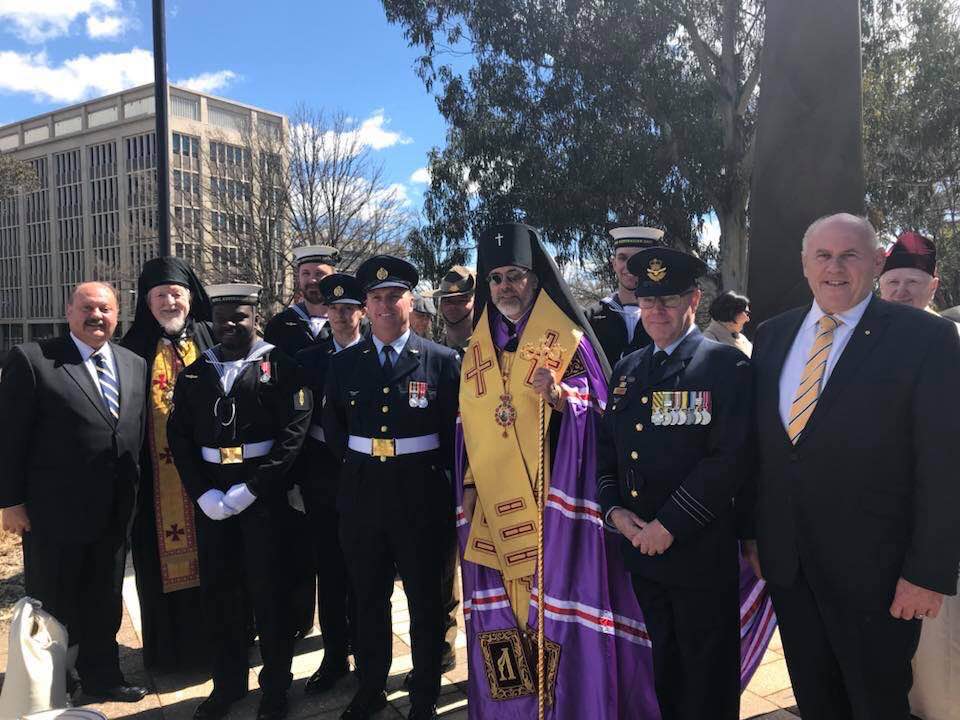 Proceedings continue tomorrow (Sunday, 30th September, 2018) in Canberra, with a Holodomor Commemoration at the Orthodox Church. Katya Danylak will be representing AFUO. She is head of the committee which coordinated commemorations around the country.