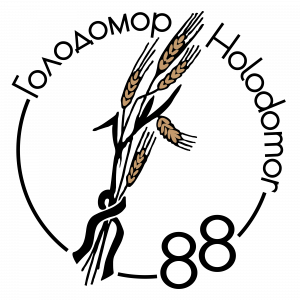 On May 19, 2021, the website of the Global Holodomor Descendants Network was launched and the registration of descendants began.

The Holodomor Descendants’ Network, established by the Ukrainian World Congress on the initiative of its International Coordinating Committee for Holodomor Awareness and Recognition in November 2020, is the first global community aimed at uniting the relatives of the survivors of the Holodomor of 1932–1933 in Ukraine.

The network collects and protects the stories of families affected by the Holodomor genocide and raises awareness among the descendants of Holodomor victims about the long-term consequences of the genocide, preserves and honours the memory of innocent victims, as well as defends the true facts about the Holodomor to counter misinformation

Chair of the Holodomor Descendants’ Network Olya Soroka speaks at the International Forum “Mass Artificial Famines: We Remember. We Honour” in Kyiv, 2021

We are the unique personal voice and validation of family accounts of the Holodomor – Genocide in order to convey the factual history in support of broader efforts to fight disinformation about the genocide perpetrated against the Ukrainian nation.

Global Holodomor Descendants Network was established by the Ukrainian World Congress on the initiative of its International Coordinating Committee for Holodomor Awareness and Recognition.

We invite Descendants of all Holodomor victims to add your voice to our Holodomor Descendants’ Network. Participation in the Network may be at a level that is comfortable and meaningful for you given your individual circumstances. Join in order to receive information on research, activities, events or join to be more active in sharing family accounts and actively supporting awareness / educational/ commemoration initiatives. The choice will be yours.