Putin’s Russian Federation’s aggression in Eastern Ukraine continues. It illegally, annexed Crimea, it sniggers and totally disrespects international accords – Minsk and others. These rules are not for us.

But this disrespect for the international community doesn’t end with military actions. It has now transgressed into the Winter Olympics.

After defeating Germany in Ice Hockey, the Russian team defied a ban by singing the Russian national anthem during the medal ceremony.

The Russians, were competing as neutral athletes. Singing the Russian anthem on the field of play is a violation of the IOC’s rules on neutrality, which were imposed on Russia as part of sanctions punishing the nation over systematic doping across many sports.

This was premediated. The team’s assistant captain Ilya Kovalchuk said the players had discussed beforehand whether to sing the anthem if they were to win, and they agreed they would.

This again shows the height of arrogance and disrespect for international rules.

“The IOC allows Russian teams to compete as neutrals, to allow sportsmen to compete at the highest level – and in return the International community gets an ‘up yours’ response – We do as we please,” Australian Federation of Ukrainian Organisations chairman said today.

Again, the International sporting community has been lax by awarding Russia the games at a time when the international community is imposing sanctions against Putin and his administration for their aggression in Ukraine and refusing to meet agreed up terms to end the aggression.

“When will leaders in sporting and other fields realize that they too have a responsibility for taking a strong and uncategorical message to Putin. We will not tolerate you not being a team player – We want you off the pitch,” Mr Romaniw said.

“The AFUO understand teams play to compete at the highest-level teams such as in the World Cup. However, Governments and sponsors should seriously consider whether to attend or support,” Mr Romaniw said.

“And if they decide to go they have a very real opportunity to send Putin a strong message – We oppose your aggression, we oppose your arrogance towards the international community, we condemn the disrespect being shown. We showed you a cold should in Australia at the G20. We leaders are resolute in our position until you stop the aggression in Ukraine and learn to play the rules,” Mr Romaniw said. 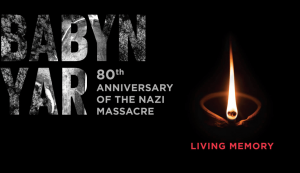