You are here: Home / Archives for Media Release 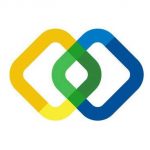 MEDIA RELEASE The newly elected leadership of the Australia-Ukraine Chamber of Commerce (AUCC) has commenced its work in raising awareness about the AUCC, exploring opportunities for business links and networks, and encouraging new membership. The Executive will commence developing its strategic plan. There is a sense of excitement as the Chamber takes on these new … END_OF_DOCUMENT_TOKEN_TO_BE_REPLACED

May 25, 2020 MEDIA RELEASE SINGING RUSSIAN SONGS UNDER THE  HAMMER AND SICKLE SYMBOL IS  INSENSITIVE AND UNACCEPTABLE IN AUSTRALIA – CAN’T USE THE BLOKEY, MULTICULTURAL ARGUMENT FOR THIS Promoting cultural diversity in Australia is positive and something we all share.  The ABC Australia  Story and the  Dustyesky Choir  being promoted tonight on the ABC  have got  it wrong … END_OF_DOCUMENT_TOKEN_TO_BE_REPLACED 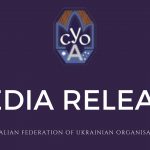 Currently there are too many mixed messages from the President and those in his administration. This  causes   unnecessary tension in civil society . International partners and stakeholders are also calling for answers. The Australian Federation of Ukrainian Organisations,( the peak body for Ukrainians in Australia )   joins with the Ukrainian World Congress (UWC) in … END_OF_DOCUMENT_TOKEN_TO_BE_REPLACED

MEDIA RELEASE Russian President Vladimir Putin has once again committed an act of aggression against Ukraine by signing a decree setting out which groups of people are, for humanitarian reasons, entitled to apply for Russian citizenship through a simplified procedure in the Ukrainian regions of Donetsk and Luhansk currently under occupation by the Russian Army. According to … END_OF_DOCUMENT_TOKEN_TO_BE_REPLACED

On November 25, 2018, Ukrainian Naval vessels were attacked by Russian forces as they were departing from the area of the Kerch Strait and moving back into the Black Sea. Ukrainian President Petro Poroshenko has announced that "Russian special forces have taken over some [Ukrainian] ships." Over a half-dozen Ukrainian service members have been injured, and up to 20 are being … END_OF_DOCUMENT_TOKEN_TO_BE_REPLACED